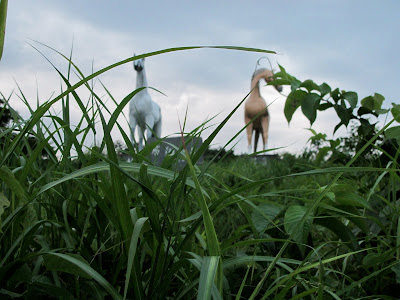 It took us two tries to get to Wonder Farm…
After using my terrible Japanese to try to read one sign, we found ourselves walking along a rapidly narrowing forest path.
After visiting the shrine by accident, we tried a different path. Back on the highway, we passed a snack shop next to Musubiya that used to sell taiyaki and dango. It was there last week, but now it is gone. No sign, nothing, as if it was never there. Vanished… disappearing before our very eyes. The funeral of Marumiya, probably one of the owners… if we had talked to them the week before, maybe we could have recorded their stories, but now they are lost. Now this store gone, the pressure to record what we are seeing becomes all the greater.
We did eventually make it to Wonder Farm, nothing more spooky than an abandoned kids’ playground with giant horses. Our adventure almost got us stranded on the mountain. 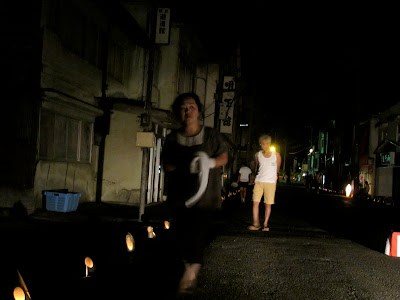