Legends of the Lake 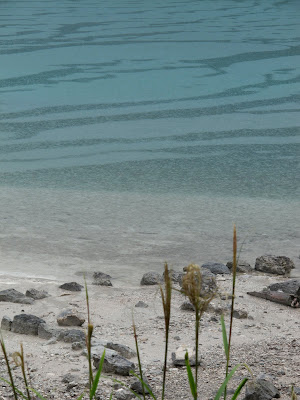 We have a few stories about Katanuma Lake, a volcanic crater in the mountains and one of the most famous natural landmarks in the area.
Katayama Mountain exploded in the year 835, sending rocks all over town. The ground shook for 17 days. One landed a few miles from the crater site, so the locals built a shrinethere to appease the god of the lake. From that time, the ground has bubbled with hot springs and the mountain has not exploded again.
The waters of the lake are famous for changing color on a daily basis. I personally have seen the lake three times… in March, the valley was covered in unbroken snow, so a perfect ring of white, a flawless blue sky, and the lake was an incredible turquoise. In July, the lake was green, reflecting the trees… it looks like a normal lake at that point, nothing unusual. 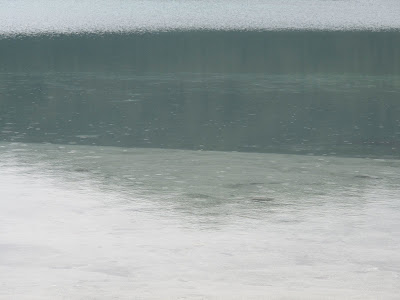 We have heard two legends surrounding the lake:
The first is that there is a dragon living in the center of the lake. I do not know when he emerges.
But Seiyu-san told us an alternate story, that his grandmother told him of a princess that appeared in the center of the lake between December and March. If you went to the lake and saw the princess, you would die within a week. So, that was an effective deterrent to keep curious young children away from the possibly thin ice of the lake during the winter.
He now has a suspicion that his grandmother made the story up to keep him away from the lake, and that if she had told him the same story as a teenager, he probably would have gone TO the lake to see the princess.
I told him it was ironic that I first laid eyes on the lake in March, when it was at its most stunning, but I am glad I didn’t see the princess, because dying a week after the first scouting trip would have been a terrible way to start the project!
August 12, 2010
Posted by Photoji Project at 12:00 PM