We went to see Kakizawa-san at his home near Lake Katanuma. It was raining heavily…
He showed us his skills as a carver and a painter. He is quite young (1974) and is only a 2nd generation kokeshi-maker. His grandfather was a fishmonger in Kawatabi, but his father is a kokeshi maker and he apprenticed with his father. He started at 18, just after high school, and it took him 5 years of apprenticeship to learn how to carve, paint, and make his own tools, then another 5 years to become truly good at what he does. He has been making kokeshi for 18 years, exactly half of his life, as he turned 36 the day after we interviewed him! 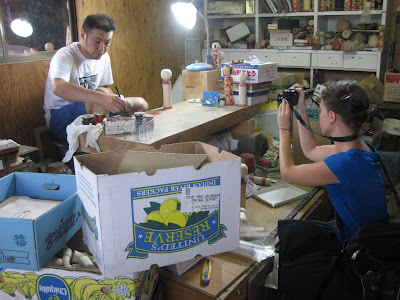 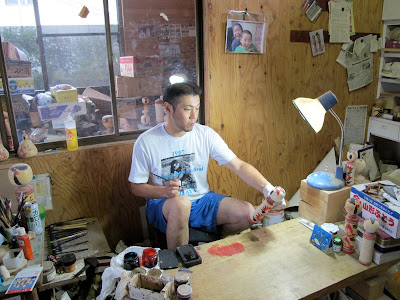